Southern skillet cornbread is a staple in our house. I will show you my method for made-from-scratch cornbread cooked in a cast iron skillet. 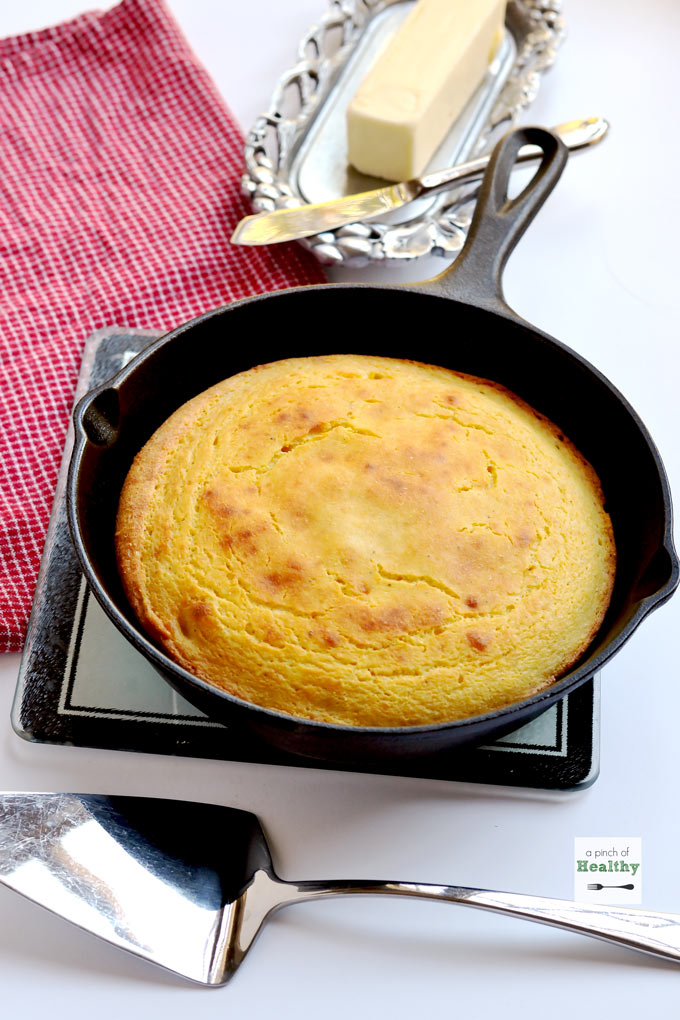 This is one of my existing recipes that I am refreshing with some new photos. Plus, it goes great with so many of the soups we have been enjoying this fall! I know y’all are going to love it.

Also, I have been using a new ingredient lately – avocado oil. It is so mild and delicious, and it is a great substitute for canola oil. Of course you can still use canola oil if you like.

Now, the cast iron skillet is an essential part of this recipe.  I use an 8 inch cast iron skillet for this recipe.  Cast iron heats beautifully, and when the pan is preheated with some oil in it, it gives you this wonderful, tasty, crispy crust that southern cornbread is famous for. (Note: Those are Amazon affiliate links, FYI.)

My skillet cornbread is traditionally southern, meaning that there is no sugar in my recipe.  I know that some people prefer sweet cornbread, but I was raised eating this more savory variety with a bit of tanginess from real buttermilk.

Never trust a woman who puts sugar in her corn bread. ~Unknown

I’ve had sweet corn bread, and I don’t hate it.  It is almost like a totally different dish to me, though.

When it comes down to it, I just prefer the traditional southern kind.  That being said, if you want to add a little sugar to my recipe, I won’t think ill of you. 🙂

If this recipe looks good to you, please pin it and share it.

Nutritional information is approximate and was calculated using a nutrition label generator.

Now go make you some!

If you try this my southern skillet cornbread, I would love to hear what you think!

I am a home cook, recipe developer, coffee drinker, wife and mom of two. My recipes are simple and tasty. I enjoy lots of fresh, healthy food, plus full treats without guilt. Thanks so much for stopping by! Read more here.